Children and Trauma: The Effects of the Border Policies of the United States 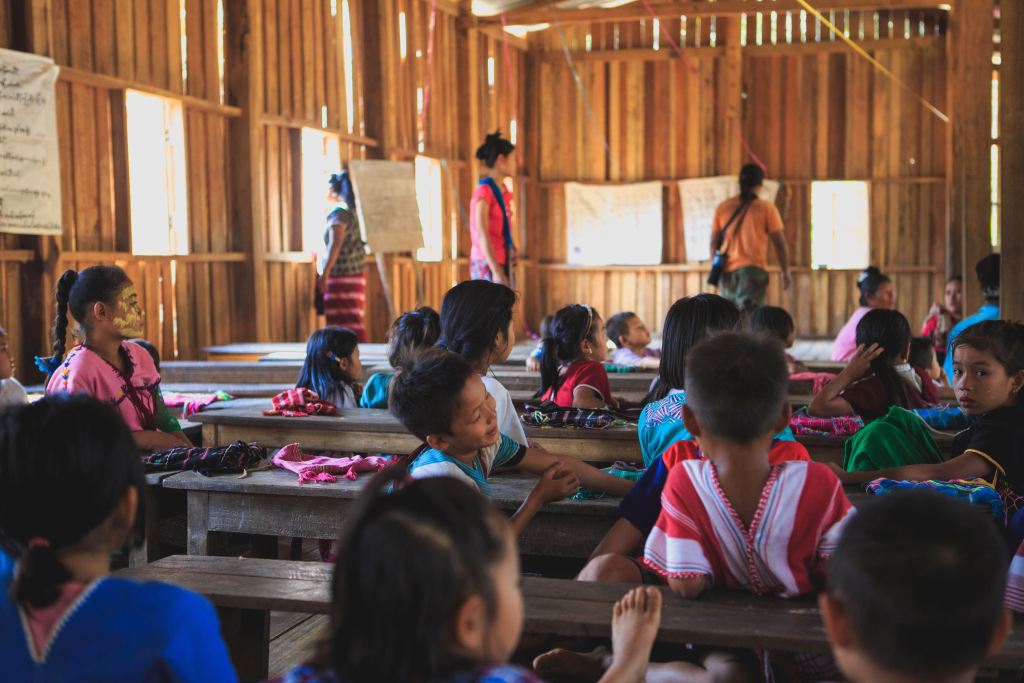 Photo by Capturing the human heart. on Unsplash

Since early May 2, 342 children have been separated from their parents after crossing the Southern U.S. border, according to the Department of Homeland Security. Separating children from their caregivers has catastrophic effects on their mental health. The UN calls the practice a human rights violation. Because trauma is complex and hard to understand, I reached out to Melissa Weiler-Cabral, LPC who explained how trauma affects the developing brain:

Melissa Weiler-Cabral:  The thing with trauma is that it activates the stress hormone cortisol. What happens when that is activated in all humans, is that we enter into fight, flight, or freeze. Cortisol shuts down parts of our brain so that we can make a decision based on survival instincts. With trauma, especially prolonged trauma, the cortisol hormone is activated for a long, long time. What that means for a child with a developing brain is that parts of their brain are essentially shut down (i.e. not developing) for whatever duration of time. So for infants who are not with their primary caregiver, their little brains are in fight or flight and really miss out on a lot of brain development, which can lead to things like learning disabilities, emotional disabilities, etc. This is also true for kids from 2-9 years old, too.

Jamie: What about older brains, adolescents, and teens?

MW-C: Teen brains are less impacted simply because they have had time to develop. However, in older children and teens, we start seeing symptoms of PTSD, extreme anxiety, depression, separation anxiety, hypervigilance, etc.

J: What happens when they are reunited with their parents, these videos showing the parents reuniting with their kids look off to me, the kids look distant. I expected to see running crying children sprinting to their parents, and instead, they walk slowly and are hesitant to hug. What is that?

MW-C: In pre-verbal kids, once they are reunited with their families, that doesn’t necessarily mean the cortisol shuts down right away either. Some kids who have had years and years of complex trauma never really get out of the fight/flight/freeze and are severely emotionally disturbed because of it. The fear of whatever trauma happening again is enough to keep the cortisol activated.

J: What’s clear is these children and their families have a lifetime of treatment ahead of themselves. What’s unclear is if they will ever receive adequate help to overcome these incredible challenges. What will treatment look like for those who are able to receive help?

MW-C: Depending on the age of the child, it varies. For kids who are non-verbal or don’t have the capacity to participate in talk therapy, play therapy is really good. For infants and babies, it will be more of mom being very attentive to their needs as a parent should be with their baby. The most important thing will be a steady and consistent caregiver.

The NY Times recently reported that a three-year-old and a four-year-old did not recognize their parents after being reunited. The Times concluded:“The reunification process has highlighted how traumatic separations stemming from the zero-tolerance policy have been.” While the United Nations has condemned these policies as human rights violations.

NPR recently published an article featuring the President of the American Academy of Pediatrics who explained that housing the children with their parents would offset some of the trauma the children experienced because the presence of a loving caregiver can help a child cope.

Other pediatricians have come forward to explain the effects of toxic stress on developing brains such as the doctor who blew the whistle on the toxic lead in the water in Flint, Michigan: Dr. Hanna-Attisha. Dr. Hanna-Attisha compares separating children from their parents at the border to the on-going water crisis in Flint, MI:

[It’s] exactly like the trauma of the children of Flint. As a pediatrician, we know what it does to children. We know that these traumas will leave lifelong scars in terms of their child development and their life course trajectory. These kids will need lifelong mental health support, which I very much doubt that they will get. What we are doing is essentially government-sanctioned child abuse of these children.

What is clear is these families are going to need substantial mental health support to recover. What is unclear is how people who are traumatized by governmental agencies will be able to find help.