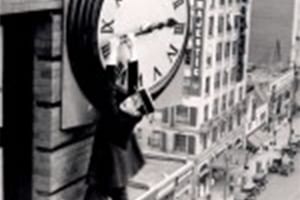 Boredom, like pain, is an entirely subjective experience mediated by personality, needs, wants, past history and contingent upon one’s perceptions of the experience, and thus very difficult to describe with precision and quantify. The state of boredom has been variously described as a dullness of the mind, mental inertia, sloth, or ennui. Its characteristic features are a lack of interest in the ordinary and a lack of delight in the extraordinary. The forcibly approximate label of boredom often changes into something more precise when it can be examined without prejudice.

Often, there’s an unpleasant or stressful feeling lurking in the shadows just behind boredom. Individual perception and the subjective assessment of a situation play a significant role, as the following little parable illustrates.

Sometime ago, in the Middle Ages, a traveler approached a group of stonecutters and asked, ‘‘What are you doing?’’ The first responded, ‘‘I’m cutting stone. It’s dull work but it pays the bills.’’ The second stonecutter said, ‘‘I’m the best stonecutter in the land. Look at the smoothness of this stone, how perfect the edges are.’’ The third man pointed to a foundation several yards away and said, ‘‘I’m building a cathedral.’’

Boredom is perhaps most vividly experienced at work, although its impact is rather more ubiquitous. When a work task (be it that of the chief executive or the firefighter) does not provide the opportunity to sufficiently use or develop one’s skills and abilities, most individuals can feel undervalued and underutilized, and therefore bored.

In time, boredom may result in apathy and lead to poor morale, irritation, depression, job dissatisfaction, and absenteeism. In more sustained cases, the stress of frustrated ambition, unfulfilled goals, and unmet expectations can cause reactions that degenerate into destructive behaviors. Examples of destructive coping strategies against boredom include workplace vandalism, sabotage, alcohol and drug abuse, and binge-eating habits.

Perhaps the most important source of aggression and destructiveness today is to be found in the “bored” character. Boredom, in this sense, is not due to external circumstances such as the absence of any stimulation, as in the experiments in sensory deprivation or in an isolation cell in prison. It is a subjective factor within the person, the inability to respond to things and people around him with real interest. In some respects, the bored character resembles those in chronic, neurotic depressed states. There is a lack of appetite for life, a lack of any deep interest in anything or anybody, a feeling of powerlessness and resignation; personal relations–including erotic and sexual ones–are thin and flat, and there is little joy or contentment. Yet, in contrast to the depressed, chronically bored persons do not tend to torture themselves by feelings of guilt or sin, they are not centered around their own unhappiness and suffering, and their facial expressions are very different from those of depressed persons. They have little incentive to do anything, to plan, and at most can experience thrill but no joy. To use another concept, they are extremely alienated.   For these reasons it seems preferable to establish the concept of the chronically bored character as distinct from the depressed character.   Milder forms of characterological boredom are usually not conscious, as long as the boredom can be compensated for by ever-changing stimuli.   This seems to be the case with a large number of people in industrial society for whom the compulsive consumption of cars, sex, travel, liquor or drugs has this compensatory function, provided that the stimuli either have a strong physiological effect, like liquor and drugs, or are constantly changing: new cars, new sexual partners, new places to travel to, etc. This consumption pattern keeps people from nervous–and industry from economic–breakdowns, and precisely for this reason they are addicted to consumption.   — The Theory of Aggression, written by Eric Fromm to introduce his book The Anatomy of Human Destructiveness, first published in The New York Times Magazine, February 1972.

The Time Dimension of Boredom

Research studies on boredom have uncovered that easily bored individuals generally perceive time as passing very slowly, paradoxically, even when they are busy performing a task. It is not surprising to learn that institutionalized individuals, whose days are highly regulated and monotonous, say they experience time as painfully slow. Individuals suffering from depression often say in clinical interviews that they perceive a slowing of time. Cancer patients, who experience high levels of anxiety, have been found to routinely overestimate the duration of treatments and report that hours and days never seem to go by fast enough. In general terms, these studies highlight the distress felt in situations when individuals are not emotionally or cognitively engaged, which draws attention away from meaningful thoughts and actions and focuses it on the passage of time.

Is Ours the Age of Boredom?

It has been said that today’s pervasive boredom is a manifestation of cultural disenchantment. The great danger of boredom, as Fromm surmised, is that it can lead to pursuing irrational thrills in an attempt to relieve it. German philosopher Martin Heidegger, best known for his existential and phenomenological explorations of the concepts of being and time, sought to explain boredom not as a subjective intrapsychic experience whose possible causes might be a matter of interest to psychology, but as a mood in which time becomes the focus of attention. Heidegger distinguished between three forms of boredom: The first, being bored by something, is the most common and easiest to understand. In the second, becoming bored with something, it is not always easy to determine what it is that is boring. The third, when nothing in particular is boring per se, is a profound, unexplainable boredom with existence itself.

In profound boredom, utter anonymity of self, wholesale meaninglessness of world, and total unrelatedness are fused together to create an existential extreme.—Martin Heidegger

Chronic boredom, and the chronic stress it provokes, are associated with undesirable health outcomes. Boredom often complicates and sometimes compromises the course and treatment of physical and mental illnesses that require extended care in treatment facilities. A recent study by McWelling identified sustained boredom as a contributor to the onset of postpsychotic mood disturbances, increased risk-taking and substance seeking behaviors, the exacerbation of positive symptoms such as paranoia and hallucinations, changes in distractibility and overall cognitive efficiency, and a hypohedonic state of highly generalized lack of interest. Who said that boredom is not stressful?